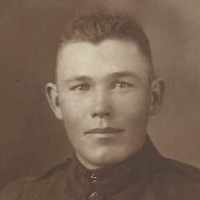 The Life of Wilford

Put your face in a costume from Wilford's homelands.

After the explosion of the USS Maine in the Havana Harbor in Cuba, the United States engaged the Spanish in war. The war was fought on two fronts, one in Cuba, which helped gain their independence, and in the Philippines, which helped the US gain another territory for a time.
1909 · Pioneer Park Opens

A monument honoring the Provo pioneers and Indian war veterans was dedicated on July 24, 1909, as Pioneer Park opened to the public.
1917