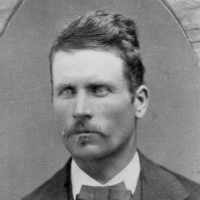 When Charles Andrews was born on 11 October 1843, in Worcestershire, England, his father, John Andrews, was 26 and his mother, Elizabeth Wise, was 28. He married Sarah Ann Jaques on 15 January 1863, in Nephi, Juab, Utah, United States. They were the parents of at least 4 sons and 9 daughters. He lived in Worcestershire, England, United Kingdom in 1861 and Nephi, Juab, Utah, United States in 1870. He died on 9 January 1923, in Santa Monica, Los Angeles, California, United States, at the age of 79, and was buried in Woodlawn Cemetery, Santa Monica, Los Angeles, California, United States.

Services for Charles Andrews, 79 years of age, a pioneer of Utah of 1852, were held Friday, January 12th, at Santa Monica, Calif., where he passed away Tuesday, January 9th. Mr. Andrews was born at …