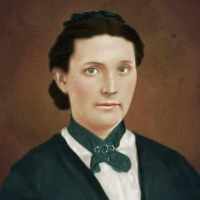 Sophia Atkin emigrated to America at the age of 12 accompanied by her brother Levi Atkin, age 15, expecting to meet their older brother, William ATkin, at Woodriver, Iowa. William Atkin and his wife …