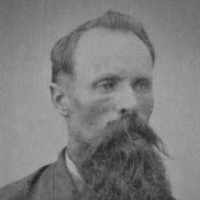 The Life Summary of Sanford

Put your face in a costume from Sanford's homelands.

SANFORD ALLRED By a granddaughter, Beulah Allred Whiting Sanford Allred was born October 30, 1848 in Council Bluff, Pottawattamie, Iowa, His father was Isaac Allred and his mother was Mary Hende …