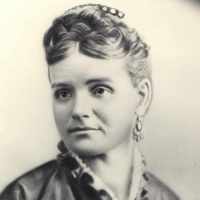 When Eliza Kemp was born on 3 July 1841, in Bunwell, Norfolk, England, United Kingdom, her father, William Button Kemp, was 21 and her mother, Elizabeth Bilham, was 17. She married Nelson Paul Beebe on 21 December 1862, in Provo, Utah, Utah, United States. They were the parents of at least 4 sons and 6 daughters. She lived in Old Buckenham, Norfolk, England, United Kingdom in 1851 and Provo, Utah, Utah, United States for about 10 years. She died on 29 March 1888, in Saint David, Cochise, Arizona, United States, at the age of 46, and was buried in Saint David Cemetery, Saint David, Cochise, Arizona, United States.