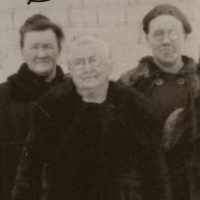 English (Durham and Cumberland) and Scottish (Midlothian and Lanarkshire): variant of Stoddard .