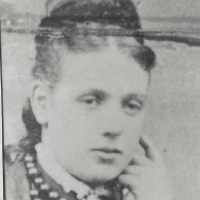 The Life Summary of Elizabeth Sarah

Put your face in a costume from Elizabeth Sarah's homelands.

Amos Sargent was born May 19, 1854, in Downdale, Lincolnshire, England. He was the son of John and Elizabeth Farrow Sargent. There were three other children- William, a son by a former marriage; Esthe …