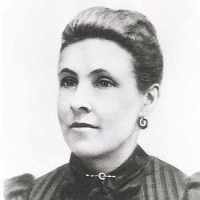 When Isabella Bailey was born on 27 January 1841, in Angus, Scotland, United Kingdom, her father, James McDowell Bailey, was 22 and her mother, Ann Chalmers, was 21. She married Matthew McCune on 11 February 1865, in Salt Lake City, Salt Lake, Utah, United States. They were the parents of at least 12 sons and 3 daughters. She lived in Portland, Multnomah, Oregon, United States in 1920 and World in 1930. She died on 29 March 1928, in Ogden, Weber, Utah, United States, at the age of 87, and was buried in Nephi, Juab, Utah, United States.

Isabelle Bailey was born 27 January 1849 in Arbroath, Angus, Scotland. Her mother was Ann Chalmers, who worked as a flax worker in the factories. Ann joined the Church of Jesus Christ of Latter-Day …