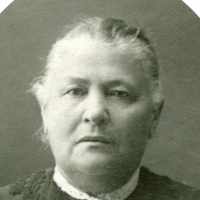 The Life Summary of Genevra Ellen

Put your face in a costume from Genevra Ellen's homelands.

Genevra Ellen Molen was born 16 April 1845 in Camp Creek, Hancock, Illinois to Jesse and Laurany Huffaker Molen.               Her father was born in Virginia and moved to Kentucky when he wa …