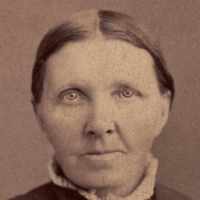 The life of Caroline Anderson Folkman

In the days when Caroline lived, Rag Bees, Quilting Bees and Candy Pull were their entertainment. They even invited friends over to help prepare fruit for drying. Caroline was a very friendly person …