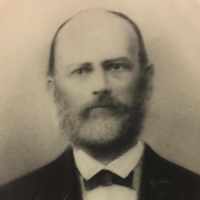 The Life Summary of Ira Newton

Put your face in a costume from Ira Newton's homelands.

Scottish (Aberdeenshire) and English (Cambridgeshire and Norfolk): habitational name from Spalding (Lincolnshire), from Old English Spaldas, the name of an Anglian tribe who settled chiefly in the fen-lands of Lincolnshire and East Yorkshire, + the groupname suffix -ingas. Compare Spafford .