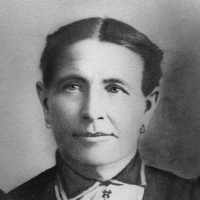 The Life Summary of Martina Charlotta

Put your face in a costume from Martina Charlotta's homelands.

MY LIFE STORY by Maurice William Anderson I was born in a one room log house between Centerfield and Gunnison, Utah on January 12, 1890. My great-grandmother, Celia Anderson (age 96) died just …