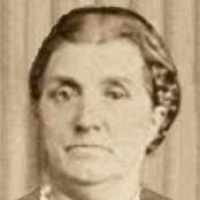 The Life Summary of Mariah

Put your face in a costume from Mariah's homelands.

Flemish: Frenchified (or Americanized) form of De Mil or Demil, a variant of De Mul, an occupational name for a miller, from a short form of mulder ‘miller’.

Daniel Buckley Funk, son of Abraham Funk and Susanah Stoner, was born Feb. 22, 1820 in Montgomery Co., Pennsylvania. His progenitors were know as “Pennsylvania Dutch” as were the pioneers in the sett …