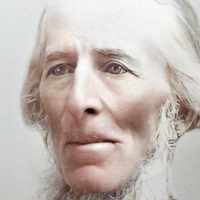 The Life Summary of Charles Clark

Put your face in a costume from Charles Clark's homelands.

English: nickname from Middle English burre ‘bur’ (a seed-case or flower-head with clinging prickles), used by Shakespeare to denote someone who sticks like a bur, a person difficult to ‘shake off’, a sense which may well be older.German: topographic name from Burr(e) ‘mound, hill’, or in the south a variant of Burrer .History: The American political leader Aaron Burr (1756–1836) was the son of a clergyman and academic, president of Princeton University. On his mother's side he was descended from the Puritan preacher Jonathan Edwards; on his father's from Jehu Burr, who emigrated from England to MA with John Winthrop (see Winthrop ) in 1630.

A History of Charles and Sarah Burr