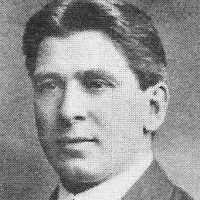 The Life Summary of David Alexander

Put your face in a costume from David Alexander's homelands.

David Alexander Robison and his wife Rhoda Ann were called to a Mormon Mission as President of the Newcastle on Tyne Branch . They were set apart 28 November 1911 by Joseph W. McMurrin. They departed …