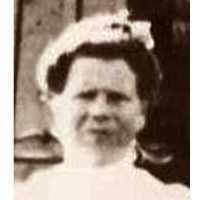 The Life Summary of Lenora

Put your face in a costume from Lenora's homelands.

(2007: 8039; 2010: 11511)Scottish (Lanarkshire): patronymic from the personal name Neil , meaning ‘son of Neil’, or an Anglicized form of McNeill .Americanized form of Danish, Norwegian, or North German Nielsen and, in some cases, of Swedish Nilsson .