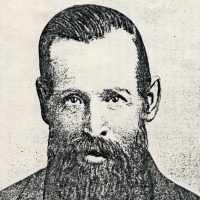 The Life Summary of Jens Christen

Put your face in a costume from Jens Christen's homelands.

The following story was found at findagrave.com, memorial # 142262. Jens Christen Jensen was born in 1836 in Hollensted, Hallund, Hjorring, Denmark. He was the son of Jens Andersen and Maren Christ …