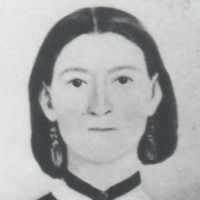 When Elizabeth McMichael was born on 18 December 1836, in Thornliebank, Renfrewshire, Scotland, United Kingdom, her father, Robert McMichael, was 25 and her mother, Elizabeth McMillan, was 20. She married Edward Hunter Rodeback on 20 March 1857, in Salt Lake City, Salt Lake, Utah, United States. They were the parents of at least 2 sons and 2 daughters. She lived in Renfrewshire, Scotland, United Kingdom in 1851. She died on 14 March 1909, in Grantsville, Tooele, Utah, United States, at the age of 72, and was buried in Lake Point Cemetery, Lake Point, Tooele, Utah, United States.