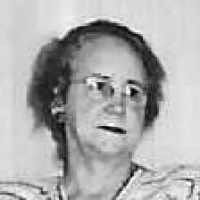 The Life Summary of Elva Cannon

Put your face in a costume from Elva Cannon's homelands.

(1997: 116042;2007: 269268; 2010: 376966)English: occupational name for a transporter of goods, from Middle English carter(e) ‘carter’ (Anglo-Norman French car(e)tier, Old French charetier, medieval Latin carettarius, carettator). The Old French word coalesced with the earlier Middle English word cart(e) ‘cart’, which is from either Old Norse kartr or Old English cræt, both of which, like the Late Latin word, were probably derived from Celtic. This surname is also very common among African Americans.Irish: shortened form of McCarter .