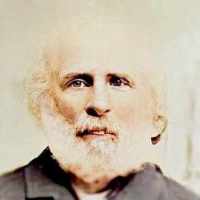 English: from the ancient Germanic personal name Lanzo, originally a short form of various compound names with the first element land ‘land, territory’ (for example, Lambert ), but later used as an independent name. It was introduced to England by the Normans, for whom it was a popular name among the ruling classes, perhaps partly because of association with Old French lance ‘lance, spear’ (see 2 below).French: metonymic occupational name for a soldier who carried a lance, or a nickname for a skilled fighter, from Old French lance ‘lance, spear’.Americanized form of German Lanz and Lenz .

Graves Along The Trail "My baby can't be buried in black stockings" sobbed Temperance as she gazed upon the little still form of her 16 month old Mary Ann Elizabeth. Then temperance fainted. By the …