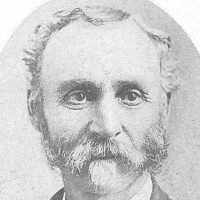 Scottish, English, German, and Dutch: from the personal name Alexander, classical Greek Alexandros, which probably originally meant ‘repulser of men (i.e. of the enemy)’, from alexein ‘to repel’ + andros, genitive of anēr ‘man’. Its popularity in the Middle Ages was due mainly to the Macedonian conqueror, Alexander the Great (356–323 BC ) - or rather to the hero of the mythical versions of his exploits that gained currency in the so-called Alexander Romances. The name was also borne by various early Christian saints, including a patriarch of Alexandria (c. 250–326 AD ), whose main achievement was condemning the Arian heresy. The Gaelic form of the personal name is Alasdair, which has given rise to a number of Scottish and Irish patronymics, for example McAllister . Alexander is a common personal name in Scotland, often representing an Anglicized form of the Gaelic name. In North America, the English form of the surname has absorbed cognates from other languages, e.g. Spanish Alejandro , Italian Alessandro , Arabic or Assyrian/Chaldean Iskandar and Iskander , and their derivatives, e.g. Greek patronymic Alexandropoulos.

Jewish: from the adopted personal name Alexander (see 1 above) or shortened from the eastern Ashkenazic (originally Slavic) patronymics Aleksandrovich or Alexandrowicz.

History: A number of Scotch-Irish families of this name landed at New York in the early 18th century. By 1746, six of them were established in NC. Others came in through Philadelphia, for example Archibald Alexander, who came from Londonderry in northern Ireland in 1736 and established himself in VA. — The Revolutionary general William Alexander (1726–83) was always known as ‘Lord Sterling’ to his compatriots, although his claim to the title was denied by the College of Arms in London. His father, James Alexander, was a Jacobite who had fled to New York after the failure of the Jacobite rising in 1715. The claim to the title arose in connection with their ancestor Sir William Alexander, a courtier and poet at the court of King James VI of Scotland (James I of England), who created him Earl of Stirling in 1633.

Put your face in a costume from Alvah Jedathan's homelands.