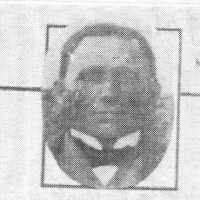 The Life Summary of Carl Heinrich

Put your face in a costume from Carl Heinrich's homelands.

German (Silesia): probably a nickname from Middle High German wīsot, wīset ‘gift or obligatory payment (in kind) on certain holidays to a bride, church, or the overlord’.German (Saxony-Anhalt): topographic name from the field name Weist, probably from Weidicht ‘property, land with willows’.