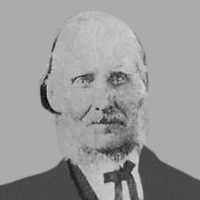 English: nickname from Middle English bogeys ‘boastful or haughty’. The name (in the forms Boge(y)s, Boga(y)s) is found in the 12th century in Yorkshire and East Anglia, and also around Bordeaux, which had trading links with East Anglia.

Francis Boggs, his wife Evelina Martin, and their family joined the church in 1841. A skilled carpenter, Francis went to work helping to build the city of Nauvoo. The Boggs family fled with the Sai …