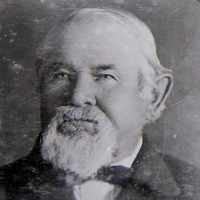 The Life Summary of Daniel Webster

Put your face in a costume from Daniel Webster's homelands.

President Theobald Gets a Surprise

The sisters of Hinckley Ward wanted to keep it a surprise. Their president, Naomi R. Theobald, had celebrated her 53rd birthday on July 17, 1907. The next day, July 18, was the regular semimonthly …