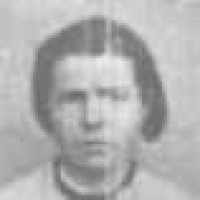 The Life Summary of Phoebe Louisa

Put your face in a costume from Phoebe Louisa's homelands.

English: patronymic from Fellow, from Middle English felau(e) ‘partner, co-worker, companion’ (late Old English fēolaga, from Old Norse félagi, which is composed of fé ‘fee, money’ + legja ‘to lay, place, put’). In Middle English the term was used in the general sense of a companion or comrade, and the surname thus probably denoted a (fellow) member of a trade guild. Compare Fear 1.