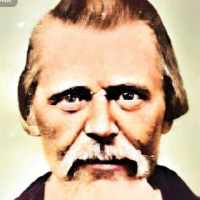 When John Scott was born on 6 May 1811, in Armagh, County Armagh, Ireland, his father, Jacob Scott, was 28 and his mother, Sarah Warnock, was 31. He married Elizabeth Meneary on 15 April 1836, in Trafalgar, Halton, Ontario, Canada. They were the parents of at least 6 sons and 6 daughters. He immigrated to Canada in 1893 and lived in Millcreek, Salt Lake, Utah, United States in 1868. He registered for military service in 1844. In 1880, his occupation is listed as retired manufacturer. He died on 16 December 1876, in Millville, Cache, Utah, United States, at the age of 65, and was buried in Salt Lake City Cemetery, Salt Lake City, Salt Lake, Utah, United States.