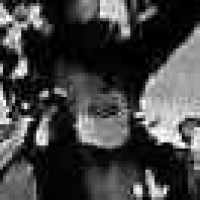 The Mason family has been very devoted to each other, they worked as well as played together. When grandfather was a little fellow he had a little friend come to play one day his mother killed a chick …