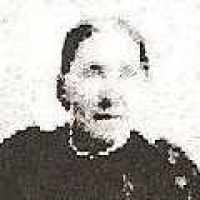 (story found in personal papers of Jan K. Dixon) While some of this story is the same as the other one posted here there are some differences. jkd John Binns was a stonem …