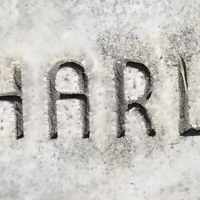 Put your face in a costume from Charles Frederick's homelands.

The first of many consumer protection laws which ban foreign and interstate traffic in mislabeled food and drugs. It requires that ingredients be placed on the label.
(1997: 6031;2007: 12219; 2010: 16415)English (Yorkshire and Lancashire): habitational name from any of various places called Chadwick, in Lancashire, Warwickshire, and two in Worcestershire. One of the places in Worcestershire and the one in Warwickshire are named as ‘the dairy farm (Old English wīc) of Ceadel’. The other place in Worcestershire and the one in Lancashire are named as ‘Ceadda's dairy farm’. Ceadda was the name of a famous Anglo-Saxon bishop, Saint Chad. In Lancashire there was probably some confusion with another Lancashire name, Chaddock .