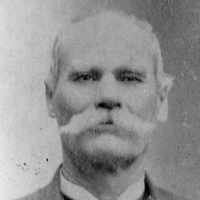 The Life Summary of James Baker

Put your face in a costume from James Baker's homelands.

Scottish and northern Irish: habitational name from what is now a deserted village in the parish of Barkby, Leicestershire. This is named from Old English hamel ‘crooked’ + dūn ‘hill’. Hamilton near Glasgow was founded by the English Hamiltons and named after them, and later bearers took their surname from the Scottish place. In the north of Ireland, where many Hamiltons settled in the 17th century, this surname may sometimes have been adopted for Hamill . It has also been adopted as an Anglicized form of southern Irish Ó hUrmholtaigh.History: This name is borne by one of the most distinguished families of the Scottish nobility; they hold many titles, including marquessate and dukedom of Hamilton, the marquessate of Douglas, the dukedom of Abercorn, and the earldom of Haddington. They are descended from Walter FitzGilbert de Hameldone, a Norman baron who gave his support to Robert the Bruce in the 13th century. A member of this family was Sir William Hamilton (1730–1803), a British diplomat and archaeologist, whose wife, Lady Emma Hamilton (c. 1765–1815), became the mistress of Admiral Horatio Nelson. A branch of the family was established in Ireland by Sir Frederick Hamilton (died 1646), who served in the Swedish army of Gustavus Adolphus. He later became governor of Ulster, and his descendants were created viscounts Boyne. The family have given their name to Newtownhamilton and Hamiltonsbaron in County Armagh. Another branch of the family were to be found in Denmark, where Henrik Albertsen Hamilton (1588–1648) was a noted Latin poet. A 17th-century example of a Hamilton from Glasgow, Scotland, is recorded in the Netherlands, where the name is found in the form Hamelton. Another Scottish Hamilton, James, went to the West Indies in the 18th century and was the father of Alexander Hamilton (1755–1804), who arrived in NY in 1772 and became the first US secretary of the Treasury.

Hamilton Family Crossing the Plains to the Salt lake Valley.

A biographical source published in 1913 mentions that the Hamilton family traveled in the 1852 Henry Bryant Manning Jolley company. The Hamilton's name is not recorded on either the published or handw …