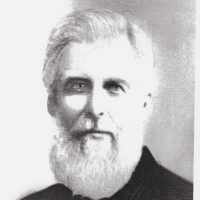 The Life Summary of Hamilton Henry

Put your face in a costume from Hamilton Henry's homelands.

Irish:Anglicized form of Gaelic Ó Céirín ‘descendant of Céirín’, a personal name from a diminutive of ciar ‘dark, black’, with the addition of English excrescent -s.in Ulster, possibly a variant of Cairns .