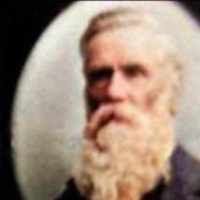 The Life Summary of Benjamin Mark

Put your face in a costume from Benjamin Mark's homelands.

BENJAMIN MARK SMITH Benjamin Mark Smith was born on January 1, 1834 about 25 miles east of Nashville, Tennessee. His father, Warren Smith, joined the Church in the year of 1836 and was a policeman f …