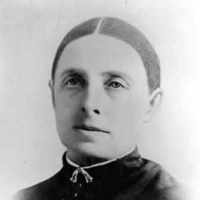 The Life Summary of Paulina Eliza

Put your face in a costume from Paulina Eliza's homelands.

Mrs. Paulina Eliza PHELPS LYMAN, daughter of Morris PHELPS and Laura CLARK PHELPS, was born March 20th, 1827, in Lawrenceville, Illinois. The family and ancestry were from the New England States an …