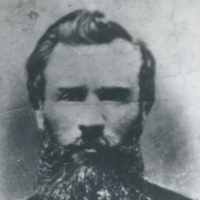 When Samuel Pitchforth was born on 23 November 1826, in Halifax, Yorkshire, England, United Kingdom, his father, Solomon Pitchforth Jr, was 25 and his mother, Ann Hughlings, was 25. He married Mary Mitchell on 13 June 1844, in At Sea. They were the parents of at least 1 son. He died on 21 December 1877, in Nephi, Juab, Utah, United States, at the age of 51, and was buried in Vine Bluff Cemetery, Nephi, Juab, Utah, United States.