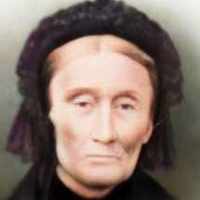 English: from Middle English heved, hed ‘head’ (Old English hēafod), applied as a nickname for someone with a peculiarity or disproportion of the head, or else used as a topographic name for someone who lived at the top (‘head’) of a promontory or hill, or near the source of a stream or river or the head of a valley. This surname has long been established in Ireland.