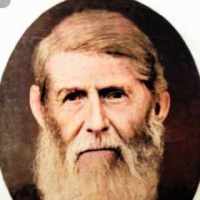 The Life Summary of James Bennett

Put your face in a costume from James Bennett's homelands.

Irish: Anglicized form of Gaelic Ó Breacáin ‘descendant of Breacán’, a personal name from a diminutive of breac ‘speckled, spotted’, which was borne by a 6th-century Christian saint who lived at Ballyconnel, County Cavan, and was famous as a healer; Saint Bricin's Military Hospital, Dublin is named in his honor.Irish: from Ó Bragáin, see Bragan .English: topographic name from Middle English braken ‘bracken’ (from Old English bræcen or Old Norse brakni), or a habitational name from a place called with this word, such as Bracken in East Yorkshire, Bracken Fold in Westmorland, or Bracon Ash in Norfolk.