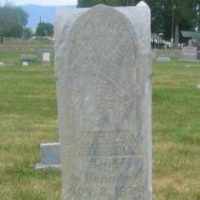 The Life Summary of Niels

Put your face in a costume from Niels's homelands.

Neil’s Rasmussen and his wife Ellen Margareta Jensen on the wagon company list under Madsen Wagon Company coming westward with the Saints.