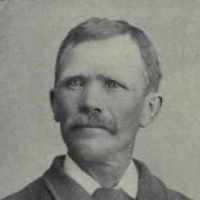 The Life Summary of Aaron Gustaf

Put your face in a costume from Aaron Gustaf's homelands.

Some characteristic forenames: Scandinavian Nels, Sven, Erik, Kerstin, Obert.Swedish (also Öman): ornamental name from Swedish ö ‘island’ + man ‘man’, in some cases adopted as a topographic name by someone who lived on an island.Scottish and English: from the Old Norse personal name Ámundi, rarely perhaps from Hámundr. The second element is mund ‘hand’; the first is uncertain, but in some cases may be há(r) ‘high’. This name is now also found in Ireland.

Anna Maria was born on the island of Oland, just off the south eastern coast of Sweden. She was born December 13, 1804 to Tobias and Helena Persson in Algutsrum, Kalmar, Sweden. She married P …