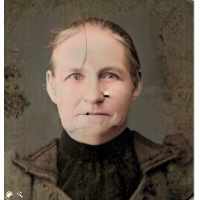 The Life Summary of Mary Abbey

Put your face in a costume from Mary Abbey's homelands.

William Reynolds Frampton was born on 1 September 1859, in Pleasant Grove, Utah, Utah, the second child of William Martindale and Mary Abby Terry Frampton. He was born and raised in a faithful Latter- …