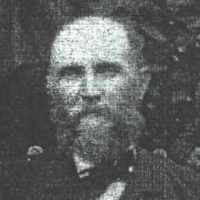 When Thomas Snowball was born on 4 October 1808, in Wallsend, Northumberland, England, his father, John Snowball, was 54 and his mother, Elisabeth Bell, was 44. He married Elizabeth Garr on 12 November 1836, in St John, Newcastle upon Tyne, Northumberland, England, United Kingdom. They were the parents of at least 2 sons and 3 daughters. He lived in Bedlington, Durham, England, United Kingdom in 1841. He died on 14 August 1854, in Green River, Sweetwater, Wyoming, United States, at the age of 45, and was buried in Green River, Carter, Uinta, Wyoming, United States.