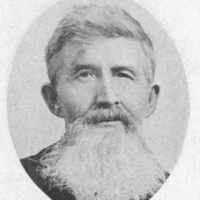 The Life Summary of Seymour

Put your face in a costume from Seymour's homelands.

English: usually from the Middle English personal name Brun (Old English Brūna or Old Norse Brúni) + -son ‘Brown's son’. See Brown . There may also be occasional survivals of an Old English compound personal name Brūnsunu ‘brown son’, attested in the Domesday Book, and presumably given to a child with brown hair or complexion. Whether it was also used as an adult nickname is uncertain. This form of the surname is most common in Norfolk.