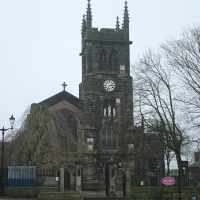 The link below will take you to a copy of a history compiled by Taunna Hoffman celebrating the lives and faith of William Parker, his wives Mary Pownell and Esther Rushton, his daughters Caroline, Ell …