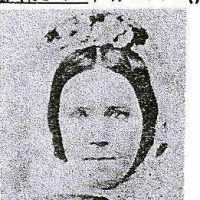 When Mary Ann Hobbs was born on 28 June 1846, in Cheltenham, Gloucestershire, England, United Kingdom, her father, William Bennett Hobbs, was 39 and her mother, Ann Owen, was 37. She married Joseph Dunkley on 12 November 1864, in Salt Lake City, Salt Lake, Utah, United States. They were the parents of at least 1 daughter. She died on 17 April 1866, in Franklin, Oneida, Idaho, United States, at the age of 19, and was buried in Franklin Cemetery, Franklin, Idaho, United States.