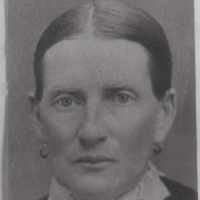 The Life Summary of Louisa Elizabeth

Put your face in a costume from Louisa Elizabeth's homelands.

BIOGRAPHY - ALONZO GEORGE BARBER Mr. Barber, son of George and Rebecca Louisa Raymond Barber, was born February 26, 1857 at Fort Supply. His father had been called by the LDS Church agents to help b …