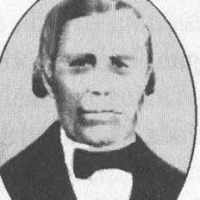 The Life Summary of William W.

Put your face in a costume from William W.'s homelands.

William and Hannah Emigrate to America

An excerpt from "Short Stories for Short People" written by my grandmother, Myrtle Ballard Shurtliff around 1970. Minor editing has been done. After their baptism into the church, the spirit of gat …