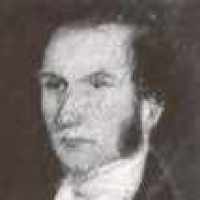 When James William Atkinson was born on 3 January 1811, in Whittlesey, Cambridgeshire, England, United Kingdom, his father, William Plummer Atkinson, was 46 and his mother, Rebecca Clipson, was 43. He married Louisa Crunkhorn on 2 September 1846, in Newington, Surrey, England, United Kingdom. They were the parents of at least 4 sons and 4 daughters. He lived in London, Middlesex, England in 1861 and Oxford, Oneida, Idaho, United States in 1880. He died on 1 September 1898, in Soda Springs, Caribou, Idaho, United States, at the age of 87, and was buried in Dayton, Franklin, Idaho, United States.