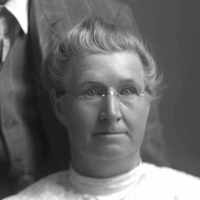 When Emma Wheatley was born on 26 April 1855, in Grassmoor, Derbyshire, England, United Kingdom, her father, Thomas Wheatley Sr., was 24 and her mother, Catherine Varley, was 22. She married Herbert Orme on 20 December 1874, in Salt Lake City, Salt Lake, Utah, United States. They were the parents of at least 2 sons and 4 daughters. She lived in Dunston, Derbyshire, England, United Kingdom in 1861. She died on 3 May 1927, in Honeyville, Box Elder, Utah, United States, at the age of 72, and was buried in Calls Fort, Box Elder, Utah, United States.

English: habitational name from any of various places called Wheatley, for example in Essex, Lancashire, Nottinghamshire, Oxfordshire, and Yorkshire, or from Whatley in Somerset and Whateley in Warwickshire, all name of which are named with Old English hwǣte ‘wheat’ + lēah ‘(woodland) clearing’. Compare Whatley .

Wheatley, Thomas Sr. - Story of the Immigration to Utah of Thomas Wheatley, Sr. and Catherine Varley

Lest We Forget: The Mormon Immigrant Heritage of Thomas Wheatley Sr. and Catherine Varley in 1861. By Karl H. Wheatley January 2015 edition Preface Some years ago I was given a short history of Thom …