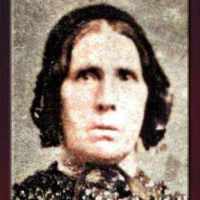 When Lucy Davis was born on 14 November 1806, in Stoke Abbott, Dorset, England, United Kingdom, her father, Samuel Davey, was 29 and her mother, Ann 'Phillis' Forsey, was 26. She married William Davis on 16 August 1824, in Netherbury, Dorset, England, United Kingdom. They were the parents of at least 7 sons and 7 daughters. She died on 13 August 1896, in Wilford, Bingham, Idaho, United States, at the age of 89, and was buried in Wilford, Fremont, Idaho, United States.