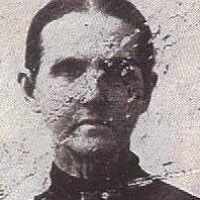 The battle of Shiloh took place on April 6, 1862 and April 7, 1862. Confederate soldiers camp through the woods next to where the Union soldiers were camped at Pittsburg Landing on the Tennessee River. With 23,000 casualties this was the bloodiest battle of the Civil War up to this point.
English, Dutch, North German, and Jewish (western Ashkenazic): patronymic from the personal name Philip . In North America this name has also absorbed cognate names from other European languages, for example Italian Filippi , Polish Filipowicz .