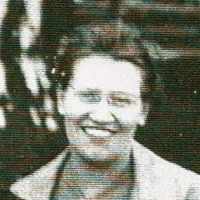 Put your face in a costume from Geneva Marie's homelands.

Charles Lindbergh makes the first solo nonstop transatlantic flight in his plane The Spirit of St. Louis.
1 German, Dutch, Scandinavian, Slovenian, Czech, Hungarian, and Jewish (Ashkenazic): ethnic or regional name for someone from Franconia (German Franken), a region of southwestern Germany so called from its early settlement by the Franks, a Germanic people who inhabited the lands around the river Rhine in Roman times. In the 6th–9th centuries, under leaders such as Clovis I ( c. 466–511 ) and Charlemagne ( 742–814 ), the Franks established a substantial empire in western Europe, from which the country of France takes its name. The term Frank in eastern Mediterranean countries was used, in various vernacular forms, to denote the Crusaders and their descendants, and the American surname may also be an Americanized form of such a form.2 English, Dutch, German, etc.: from the personal name Frank, in origin an ethnic name for a Frank. This also came be used as an adjective meaning ‘free’, ‘open-hearted’, ‘generous’, deriving from the fact that in Frankish Gaul only people of Frankish race enjoyed the status of fully free men. It was also used as a Jewish personal name.